Don’t even think about what I think you’re snickering about. Me a bully? No way!!! Contrary to your impish thoughts, opinion or experiences about or with me, I know I’m the sweetest lady ever…lol. However, we can’t deny the existence of Bullies. Trust me dear, they are mean in 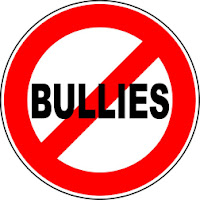 every language and are everywhere…your home, office, school, neighbourhood; you can’t hide because they are your friends, family, lecturers , spouses, neighbours, employers, church folk, government etc.No one had time to warn me , give me a caveat, and early enough, i had loads of them, big-bad-ugly-bullies. Today’s story is shared because of its success, but its nothing compared to my many bullying experiences. 1990, my second year in primary school & Muncho (not real name) was the most revered kid around. Even seniors stayed off his path nor ever punished him. Gist had it that he was so strong and had oncebeaten up two seniors (single-handedly)  after school hours. He got lunch and other freebies without asking and had a clique following, no more like towering around him. Muncho  was short & stout (or better still shorter than I …lol) 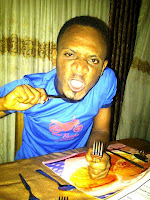 On the other hand, I was the quiet, smart,nerdy, conservative, unassuming cute little girl (#giggles#…i see some eyes rolling at this…lol), daily observing with antipathy the muscle-parade, better still, charade of Muncho.

Then one fateful day during lunch-break, I watched Muncho take another kids snack without a contest. The seniors around turned a blind eye (or so it seemed), his friends cheered him. Arrrrggghhh!…i couldn’t stomach it anymore, I approached him…, ‘What’s wrong with you’, I asked. He laughed, laughed with ridicule in his gorge. He turned and was walking away and never in his wildest dreams anticipated what happened next … neither did i.

The events that followed my action led to my conclusion that everyone was aware of Muncho’s bullying but chose to do nothing. …as he made to walk away, (without thinking) I suddenly picked him up and slammed him on the ground…and the fight was over, because next I knew was carried shoulder high. Gosh! I had never been so cheered, the ecstasy was priceless. And so ended Muncho’s bully reign. Yayyy!!! 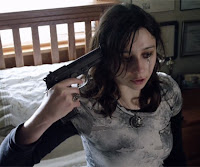 I’ve had bigger & badder bullies after Muncho, tackled them in different approaches however I recently deciphered a pattern in the operation of bullies and a remedy that never fails in tackling them. (its kinda my secret recipy…Oops! weapon i meant…lol)

What are your bullying experiences? Denied privileges? Beaten? Sexual harassment? Slander? Etc What about the consequences? Insecurity in relationships, fear, low self-esteem, revenge mission, isolation, insanity etc. what’s your status? Is it worse than mine. I say of mine because I experienced all the sad moments listed here and yes, i once contemplated suicide and murder. http://berylehondor.blogspot.com/2011/06/my-suicide-note.html
But the good news is, GOD KEPT ME, i made it through all the pain. He healed my pained, parched, perishing soul as soon as i was ready to stand up for Truth and what was right.

You might not know but the devil (satan, lucifer…or however you call him) is the biggest bully of all. Do you want to be free? is there also some man , woman or group bullying you??? Speaking out is the firs stage of your freedom and i’m all ears.

Take the Bully Caveat seriously, Speak out! You may save your life and many others.