When the Holy Spirit wants to give you a crash course,  you best better pay attention.
I needed to be somewhere early this morning and chose the bus stop closest to my house to catch a fare. As soon as I got there,  I asked myself why I even chose that point and was about to move to the main park when I heard be patient.  So I waited.

I watched many buses come past me, I watched as employees disembarked rushing to their desks like minions,  I watched as mothers ferried their reluctant children to school,  as the street cleaners swept acting like they had iron man’s armour on so could withstand a hit by an oncoming vehicle…

I was getting tired.  Twice at fifteen minutes intervals I pleaded to be allowed to go to the main bus stop,  but I was restrained by the Spirit. So I waited.

The sun was already out and on its way to work,  coupled with my black lawyer-like dress, I was already sweating. If only I’d been  forewarned of this training exercise I’d have come out with a sunshade at least.

I shifted foot, distributing my weight and easing stress from standing at a point. And the buses continued to go past like they were doing a parade; the conductors all calling out their destination wanting me to come aboard. I stood so long, I thought I was seeing the same bus and conductors multiple times.

I tried negotiating  again, ‘Lord are you trying to teach me something?  I think I get it, but can I just walk down to the main bus park to catch a fare? Are to trying to make me meet or miss someone or something bad?….’. Wait! The same restraint.

While I was at this,  people passing stared (probably admiring) as they passed,  some curious looks like ‘she’s late for work & yet so relaxed’. Another dude rushing to the insurance company nearby even greeted me like I was his principal waiting at the gate with the look from above the spectacle accompanied by one raised brow…

Lots of thoughts went through my super imaginative ever hyper mind. I even thought of what each person was thinking as they walked or drove by. I psycho-analysed them, who they were, the kind of jobs they’d probably be doing,  if they were happy, sad, sane…etc. I also asked myself questions on what it’d take to have me submit my ‘life’ to an employer,  how much salary would be attractive enough. 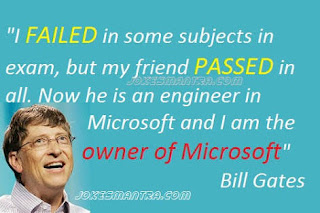 As I played with figures in my head, I suddenly remembered a post i saw at about 6am this morning by Bill Gates. He had a friend who passed all subjects while he (+Bill Gates) failed in school;  today his friend works in Microsoft,  while he owns Microsoft. I cautioned myself.

In my despair, not knowing when I’d  be released to move on or if my bus which usually plies that route was ever going to show up, the Lord spoke to me, very softly so. See the message below.

My mind continued to rove while eagerly anticipating the bus going to my destination.  Then a bus stopped,  some people got down and most of them went back in. I was watching the lips of the conductor,  waiting, and waiting…but he busied himself with the  seat adjustments. How could he withhold information from me, isn’t the customer king anymore…

So I asked, ‘where are you…’, he looked you before I finished and said it. I must shouted hurray in my subconscious but was hit again by a seeming uncertainty.  It seemed there was no space.  In nano seconds I looked  through the bus with a sad countenance wondering why the conductor bordered to compound my unseen situation.

Suddenly,  the conductor asked a man to move, he adjusted the seat and beckoned me towards it. Eureka! I jumped in with all the agility on the planet, then I was nudged to write for you to learn a lesson too.

‘This is a life lesson. Never feel bad that you’re not in the bus yet especially when  you see others packed full in it ‘appearing to be’ going somewhere. Your paths are not the same, neither is your timing as theirs.

You must wait for the right bus, do not enter because everyone is, even when they beckon out of care,  pity or self. Though it tarry,  it’s for an appointed time.

Note also that just because it’s the ‘right’ bus doesn’t mean it would wait for if you do not maximise the opportunity.

You must pay attention,  be watchful, be quiet,  be vigilant. Use your tongue to count your teeth.’

I wish you well in whatever ‘bus’ of life you’re on or waiting to enter. Recieve grace, patience,  wisdom and the strength of God. Be ready!