Protecting your destiny and calling by GIVING diligence to your relationship and walk with God is of the essence. Considering sexual purity and the power of destiny. To be sexually pure is to abstain from all forms romantic activity before and outside marriage (premarital and extramarital). 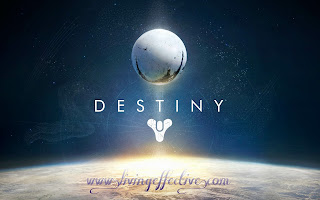 If peradventure, Joseph had indulged in some dodgy affairs with Mary before the wedding (premarital), it would have been assumed by biological assumption that it was Joseph who deposited the spermatozoa into Mary…and eventually, something would have gone wrong somewhere with destiny. This is one perspective to sexual purity.

Though God by His mercy would have forgiven them of their sin if they seek forgiveness, but God will strategically find someone else to do their destiny instead.

Sexual purity among all others is incredibly important for the fulfillment of destiny.
The same applies to Joseph the son of Jacob while in Egypt. If he had succumbed to the temptation of the beautiful sex-starved woman, although he would have enjoyed the comfort of Portipher’s house and the shower of gifts by his master’s wife for a while, would have driven the best car around town as one of the big guys, even though his secret sin would soon find him out. His impact in life and fulfillment of destiny would have been shortchanged for temporary pleasure.
And God would have found someone else to do his destiny, to solve the problem he should have solved, to preserve the nation of Israel. But thank God for His wisdom in Joseph’s heart.

It’s therefore important for you as an individual to look at YOU with the understanding of yourself as being one of God’s ambassadors here on earth, to perceive yourself today as the carrier of a great and beautiful destiny.

You should yearn to be remembered for something good. You should strive hard, to run away from temptations that looks enticing to you, strive not to sacrifice your destiny on the altar of temporary pleasure.

Your assignment is more important than those time wasters that try to make you forget your assignment. The prerequisite for bringing your destiny to fulfillment is to GIVE diligence, just as Joseph did.
There is a seed of greatness in you, you have a vital role to play in the universe, so don’t blow it up!

I challenge you to give diligence in order to make your destiny and assignment sure.
There is definitely a strong 💪connection between sexual purity and the power of destiny.