THE DISEASE OF ASSUMPTION
(Wisdom for singles)

It was a bright and beautiful Sunday morning and every one was set for worship. Men were dressed and seated; women were clothed in their best, admiring each other at the same time criticizing others. Young people were exchanging pleasantries and updating themselves with the latest gist in town; church workers were busy organizing their activities for the day. The worship leader interrupted everybody with a loud shout of “praise the Lord” which brought everybody back to their senses that they were in church.

It was time for praise and worship and every body was happy except a few whose problems were heavy and seemed blinded from seeing God. People were singing, dancing and jumping. The pastor suddenly came up to the podium signifying the time church for announcements.and end of praise session, and now

After exchanging pleasantries with the congregation, he started with wedding announcement. The first was that of a popular brother in church whom everybody wants to get married. He was tall, handsome, educated, charismatic and comfortable. He was the dream of many sisters in church. Knowing his position in church, the traditional marriage ceremonies were kept away from the public. Only a few close friends knew that his wedding date has been fixed. The pastor was full of excitement for brother P. as he is known, and with a loud shout of “Praise the Lord”, he lifted the wedding card and caught everybody’s attention. He announced the wedding of Bro. P. and the whole church shouted and started dancing, another noise came up from a section of the church and people were surprised. It was a noise that brought fear; a sister had collapsed in the church. Within a few seconds, ushers were around her and carried her into the pastor’s office. “What happened”, a sister asked her friend and the reply was, “somebody has fallen under the anointing.” This brother P. is powerful, even the announcement of his wedding goes with anointing.

In the office, another story was unfolding. The sister was revived and an elder was investigating her case. After drinking a bottle of malt and water, she was asked what was the problem and she started crying. It took another length of time to calm her down and the question came again, “what is the problem?” The sister said, is it true that Bro. P. is wedding and they said yes. She started crying again and the elder became annoyed and threatened to call in the pastor when the sister replied, “I thought that Bro. P. will marry me. Bro. P. has disappointed me oh God.”
The elder asked her, did Bro. P. ever propose you? And she said no but I thought he loves me and I love him too.”

I would like to talk to you sisters, don’t ever assume that a brother or man is interested in you until he has said so, no matter how good and caring he is to you. He might be giving the same treatment to other women as well. That a man goes out of his way to show you some kindness or care does not mean that he wants to marry you. It is possible that he is looking for a wife and it is alo a fact that he has not made up his mind about you which means that he can change direction any time. Even engagement does not guarantee marriage. Some men are kind and loving because they want to get intimate with a woman and not to marry her. While on the other hand, some are loving and caring because it is in their nature to take care of people. Don’t interpret every kind action to be a sign of hidden marital interest. Does it mean that “brotherly love” is not practicable? You need to renew your mind and ask God for the spirit of discernment.

Gifts are deceptive and the bible says that they steal a man’s heart. If you are an unmarried girl and men are giving you gifts, make sure that you know what you are doing. If a man keeps bringing gifts and visiting you without saying anything, when he come again, sit him down and ask him, what is the reason for these gifts and visits. Ask God for wisdom and boldness. This is a matter of life and destiny; you cannot afford to joke with it. Perhaps you are facing a hard time and things have been difficult for you and suddenly God opens a door through this man who has been very generous to you, you better be careful.

Don’t let problems become a trap for you. If you look up to man, you will fail. Only God can solve your problem. Do not mortgage or destroy your future because of money and gifts. Do not be deceived. Any man who loves you and wants to splash on you should see your parents and marry you without wasting time. He does not need to buy your love with his money except you are for sale but if not, you have an integrity to preserve. Don’t make yourself cheap. You are not two in this world. You are the original, don’t make yourself a ‘tokunbo’(second hand product). If a man is running around you and has no concrete plan for the future, send him away because he is a distraction. He will not enter and will not allow others to come in. May God deliver you from such men in Jesus name.

If you are a man and you are qualified to marry why not make a decision, take one wife and settle down. Perhaps you are confused on the choice to make, I recommend the book, how to choose your mate by Dr. Don Odunze. It will help you. I will also give you some tips on choice making in this book. 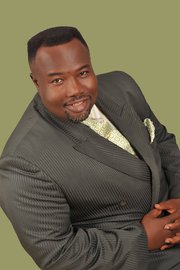