It’s no fun to be the target of gossip. It can be frustrating, embarrassing, and hurtful. Maybe that’s why God encourages us to guard our tongues against gossip in His Word. I did a lot of search on this matter after being hurt recently.Some insights I simply copy-pasted for emphasis.

God warns not to associate with gossips: “He who goes about as a slanderer reveals secrets; Therefore, do not associate with a gossip.” (Prov. 20:19). They get you into trouble. 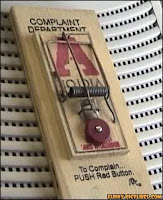 God lists gossip alongside people who: do not acknowledge God; have a depraved mind; are full of unrighteousness, slander, wickedness, greed, malice, murder, strife, deceit, and envy; who hate God; are insolent, arrogant, boastful, inventors of evil, disobedient to parents, without understanding, untrustworthy, unloving, unmerciful; and people who approve such things. (Rom. 1:28-32)

Without mincing words, God hates gossip. Gossip is evil, reprehensible and detestable — an abomination. Even the devil used in Eden. But why, you ask?

2. Gossip reveals things people would rather keep secret. Prov. 11:13 says: “He who goes about as a tale-bearer reveals secrets, but he who is trustworthy conceals a matter.”

3. Gossip is just an outlet for hatred. Prov. 10:12 says: “Hatred stirs up strife, but love covers all transgressions.”

4. Worst of all, gossip causes division. Prov. 12:18 says: “There is one who speaks rashly like the thrusts of a sword, but the tongue of the wise brings healing.” Prov. 16:28 says: “A perverse man spreads strife and a slanderer separates intimate friends.” Pro. 17:9 adds: “He who covers (does not repeat) a transgression promotes love, but he who repeats a matter separates intimate friends.”

5. Gossip causes offenses. It will separate because the one who gossips must now justify and defend their sin of gossip, preventing them from dealing with other sins in their life. The victim of gossip gets angry and bitter and senses having been wronged, which prevents them from receiving admonition about areas of their life which may need change. Each person becomes, as is shown in Prov. 18:19: “A brother offended is harder to be won than a strong city, and contentions are like the bars of a castle.”

6. Gossip keeps conflict going, and peace away: “For lack of wood the fire goes out, where there is no whisperer, contention quiets down.” (Prov. 26:20)

I’m sure some has looked at the above and exonerated s/himself from being a gossip.  Just hold on, you’re still part of the gossip cabal, as you’d soon see.

There are people who are just as bad as a gossip. They include   the ;

a)  “SILENT LISTENERS” – They are the people who allow the  gossip to thrive by listening. They simply enjoy the gist as someone is battered, thanking God they’re not those people or in that situation.  They can terminate gossip and lessen its negative impact if they know how to recognize gossip, and deal with a gossip. Very soon they’ll be the subject for Gossip.

b) “JUDGES”, or  “GOSSIP BAILIFF”. They are people who allow gossip to separate them from another person or, as a result of gossip, deal unrighteously with another person. They choose up sides without knowledge. They also must know how to recognize gossip and deal with a gossiper.

c) “DIPLOMATS ” or “DODGERS”.- They simply play diplomacy about gossip so long as it doesn’t relate to them or their loved one,  then it’s not a problem. They may even chuckle about it but generally avoid the people and fail to correct tale-bearers to avoid criticism or conflict 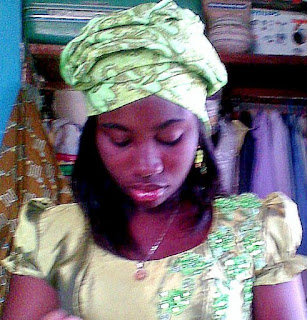