It shouldn’t be surprising that you’d hear from me on this matter, you’ve been on the news so much these days and your gist is rather interesting,  not strange, but gives me concern.

I recently read someone’s life experience. Nneka had an excellent husband, good father, church worker, very meticulous, a gentleman or so she thought. They’d being married for 3 years, one day Kayode told Nneka he was having an affair. She wanted to pounce or do worse to him or the lady, until she heard it was with another man. Oh No! How do you fight with another man over your husband? I ask you today, do you want to be free?

The world in itself has become a mecca of addiction. Addictions have gone beyond alcoholism and substance abuse to addictive lifestyles of corruption, crime, homosexuality, ideological concepts, bestiality, pornography, nudity etc. All of which are dangerous to the health to start with. It’s so intense that very soon people will introduce themselves like, ‘Hi, I’m homosexual’. #shakingmyhead#. Don’t we already see it in most foreign movies, shows and soap-operas?

Sodom & Gomorrah is being re-born all over the world. Here in Nigeria, it’s no longer news that the bill against homosexuality or same-sex marriage has been passed. And the world powers are going berserk, they don’t see how individual sexual preferences affect the economy. Last week Friday, David Cameron, Britain’s Prime Minister, spoke on British Broadcasting Corporation (BBC), saying that ‘Britain may suspend aid to Nigeria’. Why? They’re in support of Homo-Human Rights and against the same-sex marriage bill passed by the House of Representatives. He’s not alone, many other country heads are threatening. Chei! Poor Jonathan! Soaking up all the pressure #Bros, no fear! We, the good people of Nigeria are praying for you#

Is anybody listening? Can’t we learn the lessons from America’s economy? Romans 1: 28-32.America, God’s own country founded by strong Christian men on Faith & trust in God, have turned their backs on God, approved same-sex marriage (amongst many other compromises) and today, it’s a battle to sustain the economy. #Leviticus 20:13, Romans 1:18-32, Genesis 19:1-5, 24

In the beginning God created Adam & Eve, not Adam & David or Tunde or Ahmed. Homosexuality means death of a society because homos can recruit, they cannot reproduce. Once homosexuality gets out of the closet, it becomes aggressive; they don’t want mere acceptance, they want to be in charge. Today, even rural primary school children are involved, secondary schools, boarding or not, let’s not even go up the cadre. 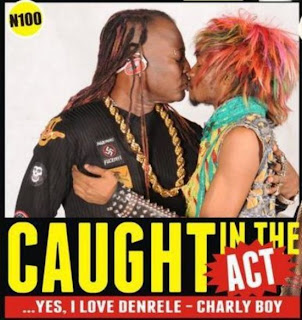 God hates homosexuality and all the likes. His opinion hasn’t changed. (Malachi 3:6) He executed an urban renewal program with fire and brimstone for this. (Genesis 19:24) And even you will not go unpunished, unless you are ready for REPENTANCE today.

Can you be free from Homosexuality? YES!!!

I have seen evidence of God’s supernatural grace, mercy, deliverance and awesome power transforming lives, saving families, individuals, generations. There is nothing too hard for God: “I am the Lord, the God of all Mankind. Is anything too hard for me?” Malachi 3:6. The question now is, ’do you want to be free from homosexuality?’

God overlooked when you didn’t know any better – but that time is past. The unknown is now known and He’s calling for a radical life-change. He has set a day when the entire human race will be judged and everything set right. And he has already appointed the Judge, confirming Him before everyone by raising Him from the dead (Acts 17:30-31). His name is JESUS.

God didn’t go to all the trouble of sending his Son merely to point an accusing finger, telling the world how bad it was. He came to help, to put the world right again. He so loved the world: He gave his Son, his one and only Son, that no one need be destroyed, by believing in Him ANYONE can have a whole and lasting life.

For counselling, prayers, questions and comments, feel free to post here or send an email to monteeclairs@ymail.com