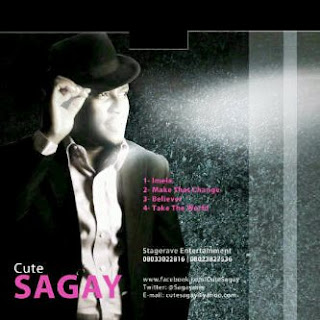 Cute looked at his son,Jason, he was helpless. The doctors didn’t seem to have the answers and whatever they were doing didn’t seem to be working, not to mention the nurse (with the angry look) who had been acting busy. Of course all artiste activities, particularly his on-going tour of the country (which had gotten him an international invitation) had to naturally be rescheduled immediately he got wind of the hospitalization.

The +Cute Sagay I know, who would take time to dress up (as if living up to his name ‘CUTE’) ,he would rub white/brown powder and even lip-gloss, was in no mood to even smile nor alert enough to perceive the ‘scent’ from his body & mouth ,having stayed up without changing for 2 days (even he wouldn’t have believed the sight if I’d videoed it…lol)

Talk about the Love of a Father! Sadly though all the love he could offer seemed to do no good as he watch his son gradually slip away from earth. Tears filled his eyes, he couldn’t hide his emotion anymore (not wanting to start a competition with his wife) he went to the back of the Children’s Hospital that cold night and hot tears flowed. He reminisced the struggles growing up, his not-so-encouraging background, his condition in years not far behind feeding from hand to mouth with no hope for the future or a good woman to share the future…then he realized things had actually changed; he renewed his commitment to God and somehow (I’m amazed how) he married an awesome woman, built a career as music minister and amongst other blessings came his Handsome son,Jason. 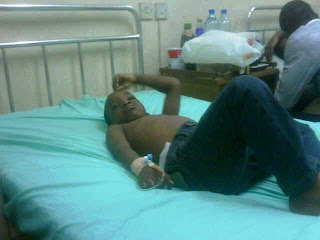 Fresh tears of gratitude flowed down his cheeks. Right there and then the words of the song came (inspired by the Holy Spirit) ”Imela , Imela oh oh… (Translation: I’m grateful, you’ve done it…)” .

Dear Friends, it happened like a film-trick in Nollywood that while the father (Cute Sagay) was worshipping outside, Jason suddenly revived and asked his mother for food…the rest is history. Praise the Lord!

Has God done anything for you worth thanking him for? Today I invite you celebrate with my friend +Cute Sagay on his Album launch, ‘IMELA’ on the 18th of April, 2013 live on the internet. You can download his tracks soom. It will bless you and your church to have him minister live!.

For now I’d just take a break to say, ‘Thank you Jesus. Imela’. 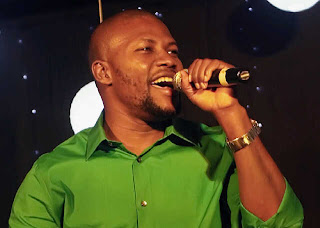