Yesterday i visited computer village to sort out my blackberry phone which had been giving headaches for months. And as was my custom, i patronized one of my friends & church member (he has begged me not mention his name, so we’ll simply call him Garuba…lol) who deals on mobile phone accessories.

Whilst at Garuba’s shop, his children (3 of them) returned from school; However,this article is centred around Waje, the oldest, a girl, being only +4 and her ‘uncommon’ lunch request that hot afternoon.

Waje, a cute dark-complexioned little angel (and nerdy by the way) suddenly wrapped herself around her dad, Garuba’s leg, ”Daddy i want indomie and dodo”. At first he pretended not hear, but she kept repeating it and added tears to the flat-song-of-request…he had to attend to her now.

+Indomie is one of the most popular (delicious & convenient) noodles in Nigeria (i hope i get paid by +Indofoodfor this unsolicited Advert, afterall I’m a good customer…hehehe). ‘Dodo’, on the other hand is a term used to describe fried plantain, a delicacy i like so much i could almost pair it any other meal (imagine this weird combinations; dodo & eba, dodo & ogbolo soup, dodo & pepper soup or dodo on the rocks…lol…sounds interesting abi?!).

So Garuba turned to his little girl, …“Okay, i’ll send 2pac (his staff) to get you indomie, but it’s with egg o… ”, He looked at me as if to get my support. Truth be told, most food vendors only sold indomie with boiled or fried egg, so requesting indomie and dodo was kinda outlandish but Waje was not interested in her Father’s excuses or explanation, she cried even more for indomie and dodo.

To convince her of her non-existent craving he asked 2pac to take Waje along to the indomie vendor then he turned to me, “Beryl, Fatherhood no be small thing o! Look at this child, she was persistent on her request not caring whether you had the means to provide it or bothering to listen whether 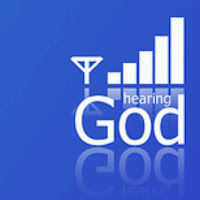 its good for her or not. Do you know that’s the way we are before God? He just pray, Father give me this, give me that. We don’t bother getting his opinion on the matter, all we need is that (like a wishing well or genie) he provides what we seek or else we begin to cry , murmur, complain quoting scriptures like Matthew 7:7 and that the kingdom of God suffereth violence…”. I couldn’t help nodding my head in agreement.

Perhaps someone needs to check his prayer request, new year resolutions, her attitude, commitment, heart condition, motives, check all against God’s word. God loves us enough to give us whatever we ask but do we ask according to his will? If he says He has given you your request but modified it to suit you more, will you accept it or complain?

Somebody eventually ate indomie and dodo that day but it wasn’t Waje. The food vendors didn’t have dodo to go with indomie so she didn’t accept it , but i on the otherhand had all the resources to make my adopted craving for indomie and dodo a reality.

As i settled down to enjoy my indomie and dodo the thoughts & lessons learnt of that day flashed through my mind and all i could say was , ‘Help me Lord!’.