God knows i can NEVER marry a policeman (pay me a millions bucks if it happens mistakenly…hehehe). Of course millions of Nigerians share my opinion of not liking the Police, but i’ve recently decided to see them as friends, not just because of their ad-campaigns or that they are humans too, but at least for their efforts in maintaining civil order (Titus 3:1,2, Romans 13:5 ). However, i must add they have played hilarious roles for lots of my spontaneous mischief. 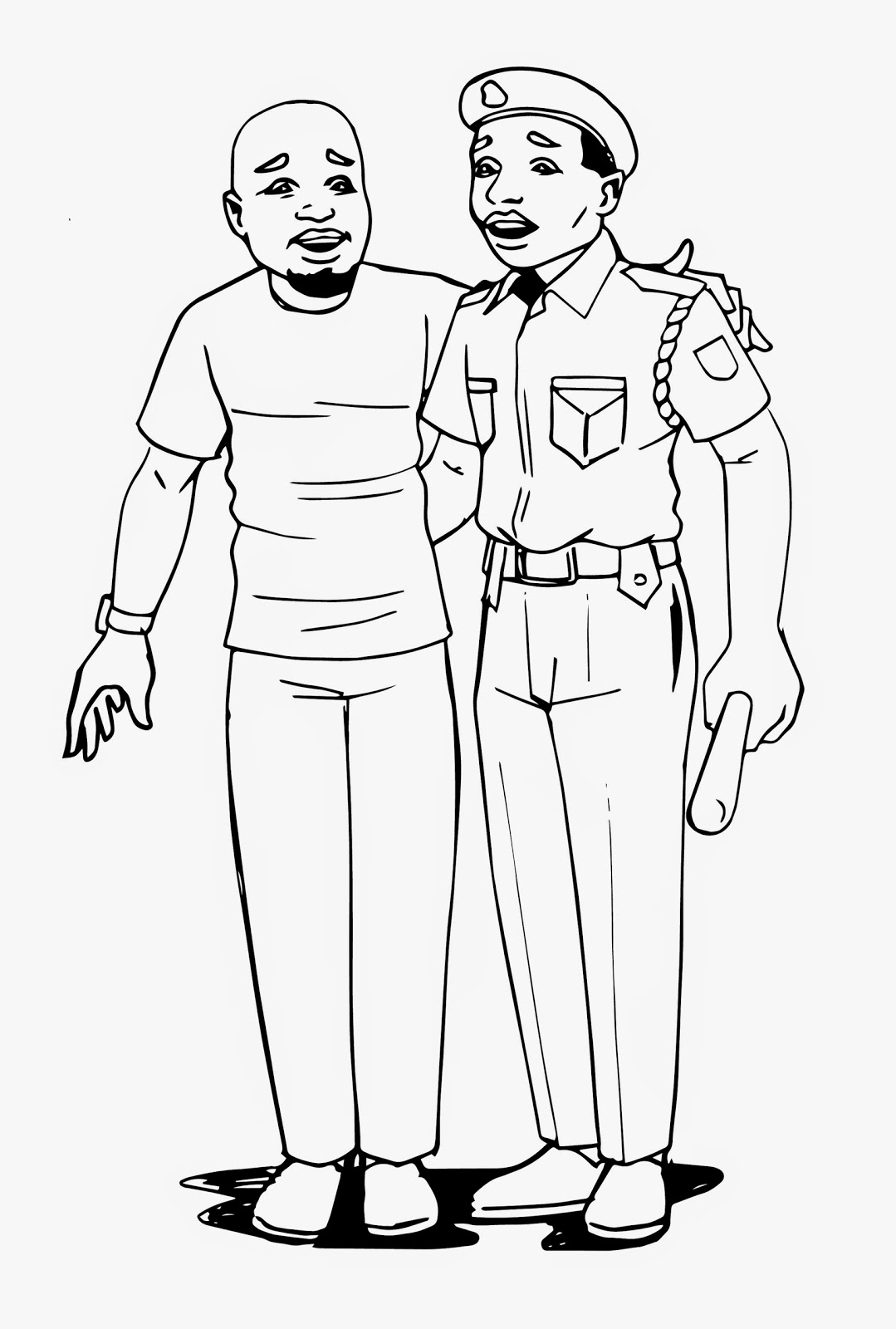 As i strolled to the bus-stop with two of the Nduaguibe’s one fateful evening after youth meeting in church, we encountered a police van parked on Western Avenue, Ojuelegba , with 3 officers (one behind the steering wheel and two on either side of the front doors).Their black uniforms under darkness formed a perfect camouflage in collaboration with their dark truck, as they laid in wait for ‘criminals’ # usually traffic offenders#.

As we walked past i hollered, ‘Police!’ , and kept walking with a mischief grin on my face. From experience i knew only two things would happen if i’d waited. One ,i could be ‘interrogated & possibly detained’ if he was in a foul mood,  or the officer would simply go right ahead and make passes at me after confirming i’m not his ‘sister’…lol.

The guys accompanying me were aghast at what had just happened. One called me crazy and the other simply ruled out a dull moment with me around #winks…lol…is he right?#. Then i gave them gist of one of my many ‘Police Pranks’.

The bus headed to Yaba from Ojuelegba, a 10-15 minutes drive, only to be accosted by our dear friends for ‘tithe’ or ‘Kola’, which by the way has upgraded from #20 to #50 (that’s assuming you don’t piss any of them off). The conductor was delaying in payments #no change#, so we were going to be kept longer. I was in a hurry to get home & getting impatient, suddenly one of the officers walked close to my window (quickly scanning his name-tag with my eagle eyes, it bore ‘SUNDAY xxxx’, and without a second thought i started…)

‘Ah! Oga Sunny, good evening sir’, i greeted. ‘How family? Long time no see o…’. ‘My sister, well done o, they are fine o, how things …’, he responded. Next thing, he asked his colleague to let us go without collecting ‘kola’. The driver couldn’t believe his luck, he thanked me profusely (although i wished he’d returned my money in appreciation instead). But the twist in this story is that i had NEVER met that policeman before then…lol. ‘Abi no be them talk say Police na your friend’…hehehehe

Corruption is termed to be enshrined in every sphere of our society but that of the Police seems kind of in-our-face, so i took time to wonder & ponder: