Will my country ever be good again? Is it still safe to be a good Samaritan? …’ my friend asked as he shared his experience. The Good Samaritan concept is drawn from the bible, where a man helped a robbery victim instead of ignoring him like religious fellows before him. Here is a true life 2016 experience.

“A woman was killed and dumped in the church,the woman was said to be mentally ill and nursing an 8 month old baby . The news got to the pastor of the church ( an AG church in Eastern Nigeria) that there is a dead woman in the church.

The pastor then reports the matter to the Oji river police station,the people who were around ask him to wait since they know the deceased.  The deceased relatives reported the matter as soon as they heard. the  police immediately locked up the pastor for 5days without any investigation , even though the bereaved family testified of his innocence and ignorance on the matter.

We were later told ‘bail is free’…story for the gods! Not after keeping an old man in custody in the far-from-sweet cell for a week while collecting bribe, without apologies nor considering his prostate condition. This is aside other expenses on the investigation e.g. fueling police car& generator, buying of paper and pen to write statement etc. 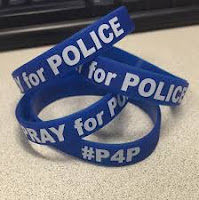 With such and more  happening daily all over the country, will the good Samaritan remain good. Have you visited the prison lately? Many innocent people suffer in prison because no one could bail them or they never got charged to court…”

There are too many stories of such injustice, but is there a chance that some ‘good’ officers are still in the force? This is a call to the good guys in the force to help purge the system.

Monteeclairs is not pro-police but pro-humanity, hence the positive dispoistion…ultimately for common good. Hence a call to commend good efforts of good policing; a kind word to one policeman a day by 7million Nigerians will spur them to greater works. Most times someone is controlling them somewhere, do you agree?

Have you had to lament from police matter because you were trying to help, to be a good Samaritan? Kindly Share your thoughts on how to manage police matters, as we’re expected to still do good, be a good samaritan always.