OMG! Rose wouldn’t let me be. Her wedding had barely come passed before she started pestering me to visit their new home. I lost drive when i heard the address, ‘Ikorodu, after Mile 12 market! ha! I exclaimed’. It sounded so far to me but i knew i had to brave it one day or be pestered for eternity.

This weekend was perfect, no one home at my place, school environs (big village named Ibadan) was boring, not to mention the sun roasting everyone as if in competition of being the Hottest-thing-in-space (dear Sun, you can stop showing off now , we know you’re hot, really hot #winks#). So off i went to my friend’s place, spent the weekend, had the privilege of worshiping in their church (won’t tell the name, but it’s where role models are bred…oya guess na…lol ) and that’s where i heard it…

“(Paraphrasing) I’m a lover of football; I’m intrigued by the science of 22 people chasing a ball in a field to achieve a goal, intrigued by the mathematics employed by the coach before , during and after the match… “. He recounted details of a certain match in the European league, first half had gone past but both sides recorded no goals even though both sides were playing so well. Second half was on and the situation seemed same until the Coach (of Team A) initiated a ‘Substitution’. The Pastor succinctly observed the Substitute enter the pitch, whispered to 2players and handed a little note to the captain, who quickly read it and tucked the paper in his shorts, and in less than 5 minutes afterwards, a goal was scored. 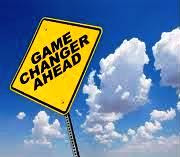 What had happened to the seeming goal-less match? There was a ‘Game Change’ and that ‘Substitute’ was the ‘Game Changer’. The ‘Game Changer’ probably had practiced with the team, been on the bench since the match began, perhaps warmed-up during the first-half but still remained dormant, inactive. However, introducing him transformed the game and more positive results followed.

In our Christian life today, the Game-Changer is the Holy-Spirit. Many times we place him on the bench during the game of our lives. He just sits and observes, hoping you’ll invite him to change, transform, breathe in fresh air and Life into the game. Pastor didn’t fail to tell how he came from a poor background until he repented and God started by first transforming his life diligent study of the word & prayer.

Why is the Holy Spirit important in the life of Christians? In some of my interactions with Christians, it seems that they see the Holy Spirit as something that happened in the early days of the Church, who has now left the scene. However, the book of Acts makes it clear that the Holy Spirit, first given to the disciples, was poured out to thousands of early Jewish believers and eventually the Gentiles (you and me), also. The Holy Spirit empowers the believer to perform acts of faith greater than their own physical capabilities. Feeling powerless these days? Tap into the Christian’s power source and live the Christian life to its fullest.

I’ll conclude with some excerpts from www.godandscience.org , ‘The Holy Spirit lives inside the Christian and guides the actions of those who desire His presence. The Spirit empowers the believer to step outside his comfort zone to do extraordinary acts of faith for God. Being filled with the Spirit involves transforming our minds to the mind of Christ as we engage in spiritual activities. Walking in the Spirit leads to a sense of peace and joy, as we partner with God in His glorious plans. Violating our conscience through acts of disobedience lead to a loss of filling by the Holy-Spirit, which takes away our joy and peace. Although God will not take the Holy Spirit away from a disciple of Jesus Christ, the continual practice of sin and a lack of spiritual activities will lead to a life that is no different than the life of a non-believer’

Now may the God of hope fill you with all joy and peace in believing, so that you will abound in hope by the power of the Holy Spirit. (Romans 15:13)

If you can breathe, then you’re still in the game; I’ve had miracles, divine interventions, transformations happen to me, so I challenge you to play the ‘Game Changer’ today or ask me how