A country preacher went looking for a job and had this conversation with the interview committee:

‘do you know much about the bible?’

‘Yea, it goes this way. Once there was this man travelling from Jerusalem to Jericho, and he fell among the thorns, and the thorns sprung up and choked him. And as he went on he didn’t have any money and then he met the queen of Sheba and she gave him a thousand talents of gold and a thousand changes of raiment. And he got into a chariot and drove furiously, and when he was driving under a big juniper tree, his hair caught under the limb of that tree, and he hung there many days and the ravens brought him food to eat and water to drink, and he ate 5000 loaves of bread and two fishes. One night when he was hanging there, his wife Delilah came and cut off his hair and he dropped and fell on stony ground; But he got up and it began to rain, and it rained 40 days and 40 nights, and he hid himself in a cave and he lived on locust and honey.

Then he went on till he met a servant who said, come let’s have supper together, and he made an excuse and said, No! I’ve married a wife and cannot go, and the servant went out to the highway and hedges and urged him to come in. After supper he went on and came down to Jericho, and when he looked up he saw that old queen Jezebel sitting down high up on that window and she laughed at him, and he said throw her down out there and they threw her down. And he said throw her down again and they threw her down 70×7 times, and of the fragments that remained they picked up 12 baskets full, besides women and children; and they said blessed are the piece makers, now whose wife do you think she will be on that judgement day…’

Very funny, but Quite a distortion isn’t it. How much more when the word of God is distorted to lure somebody into a commitment?

Recently, we hear stories of Pastors & prominent Men of God who have messed up, fallen to the temptation of fame, sex and silver, dragging souls down with them and ultimately away from God. This makes me really sad.  As I was listening to a sermon, by Ravi Zacharias on the tests of ministry he mentioned the challenges and tests facing preachers, but I began to reminisce beyond the output, mistakes, interpretation and misinterpretation of ministers and ministry, I thought about the pew, me and you. 7 For what gives you the right to make such a judgment? What do you have that God hasn’t given you? And if everything you have is from God, why boast as though it were not a gift? 1 Corinthians 4:7

This faith, our gift ,we claim God commended to us, do we yet understand it? Are we really for real? How much of God do we know or carry? Can you stand to defend your faith? Or are merely a caricature, like the country preacher in the story above? 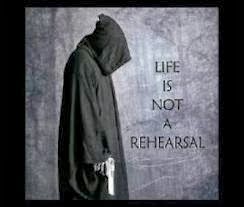 And so I come to you not with the enticing words of men but words from within me, of soul-searching, of a heart broken, contrite, and hungry for righteousness worried for my soul and yours…

This is not the time to look to any man, for Christ made the invitation open. Let us therefore strip ourselves of every limiting factor, of sin, , ignorance, distorted-mindsets, fear, illicit pleasures, daunting doubts,  trends, time-killers, new-age beliefs etc , ‘Don’t you realize that in a race everyone runs, but only one person gets the prize? So run to win! 1 Corinthians 9:24’ . Run towards your goal, Heaven! Bring your mind , body and emotions under the control of the Holy Spirit, read your bible, pray , do it for the eternal prize; and win we shall! John 3:16 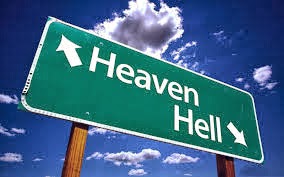