Scrolling through cable channels, credits already scrolling to mark the end, my eye suddenly caught the title of the show, ‘I am Cait’. I shuddered. What’s happening to mankind?

As a teenager, I used to imagine who or what I would I have been if I was a male. I imagined the male ‘me’ a foot taller , ebony black complexion or Caucasian,  silky curly black hair, shaped nicely on my face and a complimenting side parting or perhaps a short afro, nerdy glasses, a combination of good looks and brains… chei! man-crush! surely all the ladies would go ‘gaga’ over me because my ‘shakara’ (arrogance) would know no bounds 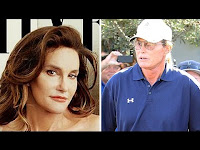 After fantasising a while, I’d then laugh hard at myself,  thanking God for making me the perfect person I am today, a wonderfully created female. Pride, arrogance, has never done anyone much good, including lucifer.

Back in my teens when I had such thoughts,  science hadn’t done or mentioned transgender possibilities, today it’s on and I’m wondering, ‘to what end?’
– Is it to more make life more interesting?
– Fame, money? To be more ‘sexy’?
– To prove God doesn’t exist or just wanting to spit in his face? That’s if the fellow even admits there’s any God but himself
– Is this about mankind just stretching the privilege of choices or still the mankind-being-a-battlefield ageless war between the forces of good and evil?

After seeing I AM CAIT, I decided to do a little search on the transgender matter to answer some questions in my heart. Why did they do it? Are they really happier or live happily ever after  post-transgender procedure? What does God’s word say about this? Some of my findings were interesting,  scary, amusing and troubling. Please follow me on this and feel to do your own research on what I’m sharing right now.

‘It’s Genital Mutilation’
Let’s start with Alan Finch, a resident of Australia who decided when he was 19 to transition from male to female, and in his 20s had genital surgery. But then, at age 36, Finch told the Guardian newspaper in 2004:

… transsexualism was invented by psychiatrists. . . .You fundamentally can’t change sex … the surgery doesn’t alter you genetically. It’s GENITAL MUTILATION. My ‘vagina’ was just the bag of my scrotum. It’s like a pouch, like a kangaroo. What’s scary is you still feel like you have a penis when you’re sexually aroused. It’s like phantom limb syndrome. It’s all been a terrible misadventure. I’ve never been a woman, just Alan . . . the analogy I use about giving surgery to someone desperate to change sex is it’s a bit like offering liposuction to an anorexic.

What is transgender? (Word Web dictionary) Involving a partial or full reversal of gender • We use transgender to refer to individuals who transgress thegender norms
Transgender people experience a mismatch between their gender identity or gender expression and their assigned sex.
They are also known as Gender-queer persons.

What is the effectiveness of transgendering? There is no conclusive evidence that sex change operations improve the lives of transsexuals, with many people remaining severely distressed and even suicidal after the operation, according to a medical review conducted exclusively for Guardian Weekend tomorrow.

The review of more than 100 international medical studies of post-operative transsexuals by the University of Birmingham’s aggressive research intelligence facility (Arif) found no robust scientific evidence that gender reassignment surgery is clinically effective. 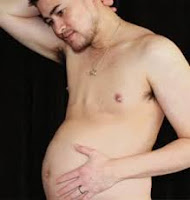 I am a Christian and the bible is my life’s manual., this informs my next point which has an attached link for confirmation.

What does the bible say about it?   … human sexuality is spelled out clearly, starting in Genesis: “So God created people in his own image; God patterned them after himself; male and female he created them. God blessed them and told them, multiply and fill the earth and subdue it” (Genesis 1:27-28a). Genesis 1:31 tells us that His creation was excellent in every way. To say that gender does not matter is to disagree with God’s design for creation and His proclamation that it was very good.

God is also very clear about appropriate sexual behavior. Sex is to be had and enjoyed in a monogamous marriage relationship between a man and a woman (1 Corinthians 7:2; Hebrews 13:4).
The Bible affirms both males and females in their worth and their personhood. People’s gender matters, but we are not merely sexual beings (Galatians 3:23-29). It would seem, then, that sex-change procedures are not biblically acceptable

Isn’t  this a faith assault? A hellish propaganda to Destroy the foundation of family, the school and church. Nevertheless my bible says, that the gates of hell shall not prevail against the church. Follow the link: http://www.gotquestions.org/sex-change.html

Let’s be mindful of what we believe, consent to, accept as trendy or are indifferent about.  God is not mocked.  Soon rapture will take place and the journey to doom in hell is suddenly fast forwarded. I don’t want to miss you in heaven. Get JESUS now , while you can breathe for a soul transformation.

Do share your thoughts on this genital Mutilation tragedy tagged transgender. Thanks.