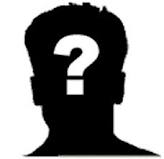 I had started the day in high spirits, asking God for extra grace at job because I had a lot on my plate already. It just wasn’t my job that caused the clutter, but my incessant worries & guilt pangs over my unfinished professional thesis, my failure to comply with the you-version one-year-study-bible etc.

Regardless of whatever the day had in stock, I had decided to keep the appointment for a business dinner that evening at 17.00 prompt. The thoughts of dinner and hotel’s ambience kept me going…and so I counted the time, said my goodbyes at  17.03hrs and dashed off on a bike to beat traffic (whilst wishing I had a power-bike instead).

A new chapter  of FGMFI was having its first meeting of the year and featuring a prolific international speaker, who also happened to be a senior friend of mine, someone I’d like to call an ‘Odd-Speaker’ perhaps because of his unusual perspective to seemingly common issues. Infact, I have great suspicion, and may have even concluded that we have the same DNA or similar queer (in a good way) tissues in our brains.

So I cleverly chose my table, close the food stand & the high-table at the same time. I had to achieve my objectives for the evening; reconnect with my friend and secondly (maybe more importantly ) to enjoy the buffet…lol

Dinner served…the speaker, a testifier dished out rich, tantalizing but deep, mind-blowing , soul searching words striking sensitive cords as it delved to relationships…how they make or mar our destiny. Relationships are either Mutual, Commensal or Parasitic.  Do a Friend-list Check. Who are your real friends (not just on facebook or Yahoo-messenger)? Are they parasitic, commensal or is it mutual?

Science has this apt analysis but he (the speaker) couldn’t understand the relationship between Samson & that Unknown little boy in Judges 16:26. Everyone mocked & 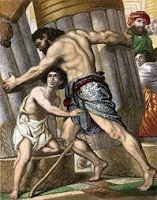 ignored blind Samson but the boy took him around. He was smart enough to lead Samson to the exact pillars holding the magnificent idol temple. Finally that unnamed little boy, a Destiny helper  was instrumental in helping Samson achieve more than he had done his entire lifetime.

But in retrospect, what is the value of the relationships around you? Have they added value or diminished you? Is it like the cow & the blood-sucking tick? Or the egret & the cow? 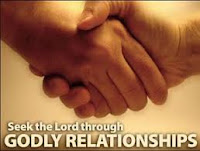 It is my prayer that God will send you a destiny helper, that his divine ‘Scissors’ will cut all blood-sucking , parasitic, energy-sapping,  blessing-stealing relationships in Jesus name. Amen!

The evening ended well, but i had unanswered questions…how were relationships affecting me? How do i break-off without hurting anyone? who are my Real friends? Am i One?…UNKNOWN…